What's on your mind?

This is the place to talk about your favorite topic, to share news, theories, ideas, and to connect with others. The content from your Forum has been converted to Discussions posts, so nothing has been lost.

To learn more about what you can do here, check out community.wikia.com/wiki/Help:Discussions

If you're an admin on this community, read more about how you can customize your Discussions and set up guidelines for contributors: community.wikia.com/wiki/Help:Admin_and_Moderator_Tools_in_Discussions

As both our Beaurocrat, and other Admins are long inactive and gone, there is no other way to stop GhostaDE from destroying this wiki, and from limiting access to it's content, than requesting wikia staff to remove her from Admin post.

GhostaDE has destroyed this wiki navigation, looked the navigation page, and for moths refuses to reenable it, admitting in off wiki conversations, that she has done it on purpose, so people would came to the new Wiki, even though less than 200 articles out of almost 700 has been transfered to the new wiki, that she created, and fully controls. Also for months she refuses to answer publicly to my post on her wall, requesting changes in her approach.

Her actions are definitely harming this wiki, and therefore are against the wikia rules, and if the community agrees, we have a full right to request her removal.

Please state your opinion on this subject.

I should add, that to prevent such vandalism from happening again, and to bring things back in order (unlock locked pages, etc,), I intend to adopt this wiki, and become its Admin, until we find a more dedicated user to take this function (I'm mostly a casual editor, making some small improvements, as I see them needed, being a heavy wikia user).

We looking for active players. Max lvl guild, we doing elder full and garden also raid boses. In game find our guild by search and type bear or beardies

(edited by A Fandom user)

✔ Added two new difficulties for stages: Emperor and God. There is a chance to get a rainbow version of the creature on these stages;

✔ Added an option to skip animation of the current guild wars on entering in guild’s overview window;

✔ The speed of auto-forward mode was increased by 1,5 time;

✔ The starting weekday of tourney was changed to Wednesday;

✔ Added an info in capture window about how many such creatures player has in the inventory;

✔ Added a time stamp feature to the guild chat log;

✔ Sell price of the creatures was increased by 30%;

✔ “Rainbow’s Lair”: The drop rates of evo material were increased;

✔ “Legend Mine”: HP of Royal Wild Ribshatterer was decreased; The amount of XP for raid was increased;

✔ The stats of Shadows were decreased by 50%;

✔ Fixed an issue where creatures are duplicated sometimes;

✔ Pumpkinson, Spirit of Hallowen: Fixed an issue where small pumpkins were immune on the turn when they were spawned;

✔ Averaan, the Mistress of Sin: Fixed mistake in skill description;

✔ Circe, The Reality Corruptor and Fenneca, the Redhead Broodmother: The mechanics of thier skills was changed, now they shouldn’t “one-shot” creatures;

✔ Born in the Depths of Hell: Ifrit was removed as an ingridient for evolution to XIV grade;

If you want to join me. Redeem code = lsvzrq

(edited by A Fandom user)

This morning, I have a message in Forge of God :
"You are marked as cheater" and i cant play just reset my account.
Why ? 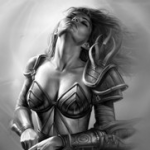